North Bay, ON – Nov. 8, 2022 – About half of the total number of people who voted in the recent North Bay municipal election were over the age of 60, according to election results data.

The oldest person to vote was 104 and there were 73 first-time voters aged 18 who cast ballots. 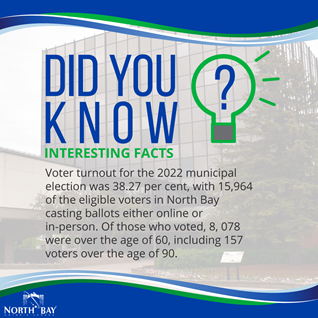