North Bay, ON – Nov. 13, 2020 – The City of North Bay’s credit rating remains unchanged despite the economic challenges posed by the COVID-19 pandemic.

The credit rating agency highlights North Bay’s use of multi-year capital budgeting, which is updated annually to guide its long-term approach to addressing future infrastructure needs.

“These fiscal management measures are also supported by comprehensive, transparent and timely financial reporting which also helps to identify concerns as they first arise providing the city an opportunity to address them quickly,” states the report.

In addition to the stability and predictability of its operations, Moody’s points to the City’s focus on ensuring debt levels remain moderate and servicing costs remain manageable as key credit strengths.

While the agency cautions that North Bay's debt burden is expected to increase over the next two to three years and that a small economy limits the City’s debt bearing capacity, it calls attention to the City’s efforts to grow, including a moratorium on residential development charges and the success of its “active and prominent economic development department” in attracting and retaining businesses.

“As with other regions in Northern Ontario, North Bay faces challenges to maintain and boost its population,” states the report, which notes that the city’s economic profile is largely composed of small and medium-sized businesses. “Despite the small size, the diversification of the city's economy ensures that it does not face significant ‘single employer’ risk.”

The report also makes mention that North Bay is one of 11 communities in Canada selected to participate in the Rural and Northern Immigration Pilot program, which “could help offset domestic demographic pressures.” 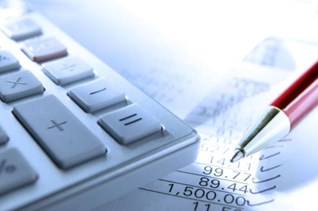