North Bay, ON – Nov. 24, 2021 – The City of North Bay is experiencing its biggest building year on record with year-to-date construction values exceeding $105 million.

“We have never seen more construction activity in the City of North Bay,” said Mayor Al McDonald. “We are extremely pleased and very appreciative that families, businesses, and developers continue to recognize the potential of our City and are investing in our community.”

Although commercial and industrial building permits, now totalling approximately $8.5 million and $15.8 million respectively, are both up over last year’s year-end figures, the primary driver of this year’s record-setting numbers has been a significant increase in residential construction. Total residential construction value is now sitting at about $72.6 million, more than double the highest total of the past decade, set in 2011 at $35.7 million.

“Construction values are one of the benchmarks that we can use to help understand and assess economic growth, so we’re certainly encouraged by the level of residential development that we’re seeing,” said Mayor McDonald.

“With a moratorium on residential development charges and the introduction of new economic development initiatives, the City of North Bay was well positioned to benefit from the housing boom created by the pandemic,” said Mayor McDonald, highlighting the Growth Community Improvement Plan, an intensified Business Retention and Expansion program and strategic investments in infrastructure as examples.

“We’re optimistic that we will continue to see our numbers increase over the next two months and that we will finish the year in an even stronger position.” 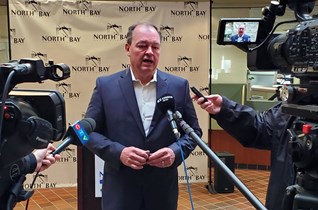